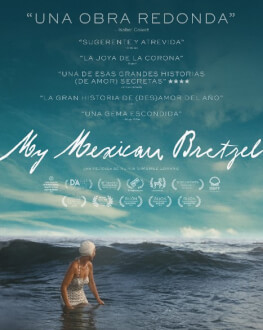 Spanish director Nuria Giménez’s inventive debut is not only an exception within the contemporary audiovisual landscape – not least because of the very sparse use of sound and the role played by the written text - but it also questions the reasons why some cinematographic works are regarded as documentaries and others as fictions from a fresh perspective. The story behind Giménez’s film didn’t foreshow anything unusual: like so many others before her, the filmmaker found home movies shot by her grandparents and was fascinated by their value as unacknowledged, unlicensed historical documents. But instead of using them to illustrate the story of the characters populating these images, or at least that of the era or the social class they belong to, Giménez turns them into the bearers of an imaginary destiny: that of Vivian Barret, a socialite of the ‘50s, who spends her time traveling from one center of luxury to another, failing to find her happiness or her purpose, yet being perfectly aware of her aimless drift. Therefore, the film offers a first layer of reality through the archival footage, but the fictional narrative, although it is given a slightly withdrawn position, since it unfolds mainly in writing and partially through sound design, contaminates the visual dimension and diffuses the artifice all through it. In fact, the film asks, where does the truth of images stand: on the level of mere events or on the more complex one of representations, hence that of the association between content and meaning? But, then again, where does the truth of a life stand? (by Liri Alienor Chapelan)