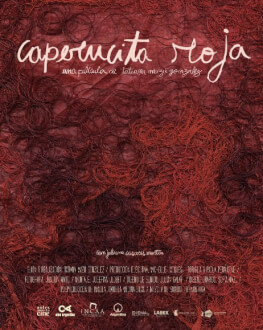 An unexpected result of feminist campaigns over time is that, oftentimes, the older generations don’t understand the revolt of the younger ones: for many belonging to the former, the battle is already won; and truly, in many countries, the living and working conditions of women improved significantly and, at least in theory, they are regarded as equal in rights and opportunities with men. This is the perspective defended by Juliana, director Tatiana Mazú González’s grandmother. Under the observant eye of her niece’s camera, she depicts her childhood, spent working for some relatives who used to mistreat her, then her youth, spent in the service of the high bourgeoisie of the region, as a babysitter, and, finally, the emancipation, when she makes up her mind to earn her own living in Buenos Aires by making use of her sewing skills. This brave decision didn’t bring her wealth and well-being, she still had to keep on fighting against unfair or abusive employers – generally speaking, each stage of her life was marked by hurdles, to such a degree that Need became a character in the stories she told her children. In one of the most eloquent moments of the film, Juliana, illumined only by the the flashlight shone on her by her niece, rebels against what she deems as the lower class’ thoughtlessness of continuing to have many children, despite their current access to sex education and contraceptive methods. After her rant, which her niece disputes mildly, the young woman confesses that she had been pregnant too, but she had an abortion because she didn’t want a child. The old lady falls silent, confronted with the complexity of the female condition, that doesn’t end with solving the most visible issues - which, in any case, can come back around anytime, for instance if the political regime changes - a complexity which becomes apparent only when it takes the shape of a person dear to you. (by Liri Alienor Chapelan)

Tatiana Mazú González was born in Buenos Aires, in 1989. She lives on the outskirts of the city among cats and plants, in what used to be her grandmother’s house. She’s a documentary and experimental film director, a visual artist, and, also, a left-wing and feminist activist who once wanted to be a biologist or geographer. In her work she explores the links between people and spaces, the microscopic and the immense, the personal and the political, the childish and the dark. She was part of Silbando Bembas, a militant film collective. Her works have been screened at festivals such as FID Marseille, Mar del Plata International Film Fest, FICUNAM, Doc Lisboa, Festifreak, Transcinema, Cinélatino. Rencontres de Toulouse, Cámara Lúcida, FIDOCS, Antofacine, MIDBO.

Deschiderea One World Romania, ediția a 14-a
Online