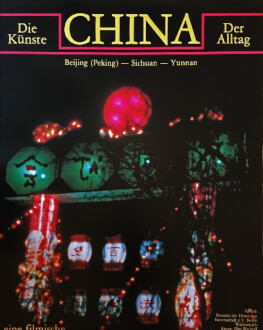 CHINA. THE ARTS - THE PEOPLE is the first in a series of very long documentary films made by Ulrike Ottinger in the course of her travels - first across Asia and later around the world. Her way of discovering a culture that is foreign to her - and to us, her audience - is the contrary of intrusiveness. She takes the time to film long shots of the public display of everyday life in three Chinese towns: Beijing, Sichuan, and Yunnan. She trusts us to need no explanation for what we can actually see by ourselves, and, by doing that, she sets us in motion. We are with Ulrike, with them, we are there and then, we experience their culture without intellectualization. The Foreign transforms itself as we are given the time to make our own journey through her images and consequently, to create our own connections. It is a life experience, as is the case with most of Ulrike's films. (Vanina Vignal)