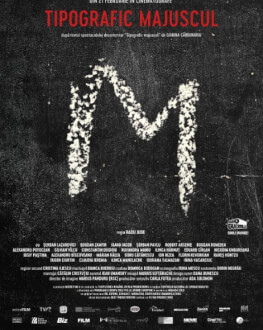 Beyond the mist of ages and regimes, the Securitate dossiers “The Panel” and “The Pupil” have firstly inspired a play (by Geanina Cărbunariu), then a film script (by Radu Jude). Their protagonist is Mugur Călinescu, a high-school pupil and, since infancy, an enemy of the Socialist State. “The subject,” holding anti-nationalist beliefs and inflammatory attitudes, listens to Radio Free Europe and scribbles hostile slogans in chalk, and so he must be destined for reeducation. Mugur’s story is told by the voices from the dossier, transferred from the archives into the schematic backdrop of a TV studio, yet the evocative force of the film comes not from reenactment, but precisely from anti-reenactment; this wittingly unrealistic construction is so evident, that the viewer’s attention is inevitably focused around the evolution of the plot and the gravity of the subject. The (anti-)performance of the actors (some professionals, some regular people) is reflected against the archival footage, (mostly propagandistic) documentary excerpts about an idyllic country, where beeping your horn is banned, the youth is the nation’s pride, fridge factories are rewarded for their productivity and Iurie Darie performs in a musical about humanity.

“Today’s deeds shape the quality of tomorrow’s”: through the years, the reality of the inquiry and its tragic conclusion transcend the staged fiction of Socialist Romania’s documentary filmmakers, a Brechtian game of history, which we all play. (by Andreea Chiper)