Cars, trains, the signs of modernity flicker at the edges of a Roma community seemingly lost in time. Funerals, kids going to school, adults riding bicycles home from work — fragments of Roma life in early 1960s Hungary, filmed poetically in harsh black and white film stock that works to distance them from contemporary life in both time and space. Yet contrapuntal close-ups of melancholy and resilient faces and occasional synch-sound interviews bring in an immediate empathetic dimension that counterbalances the anthropological, exoticizing vision characterizing the time’s few documentaries on Roma. This archival film produced at a time when interest in Roma started spreading among East and West European documentarians bears the marks of its time and points to the representation possibilities of the future. (by Mona Nicoară)

Before the leaves fall...

Władysław Ślesicki, one of the most important Polish documentary film directors of the 1950s and 1960s, concerned himself with Roma from the very beginning, from his 1954 debut film The Gypsy Camp. His interest is both aesthetic and political: during World War II, Ślesicki was a member of the Polish resistance and took part in the 1944 Warsaw Revolt. Ten years after his debut, Ślesicki returned to the subject of the Roma in this purely observational film which documents the life of a Roma caravan over a summer. After the first establishing shots, Ślesicki places his camera firmly within the community, always shooting from the perspective of his participants: through the window of a caravan, sitting down to watch dancers around a camp fire, grazing the knees of horses taken down to the river. Ślesicki’s Roma characters are vital and funny, strong and seductive — while firmly anchored in contemporary time and space. (by Mona Nicoară) 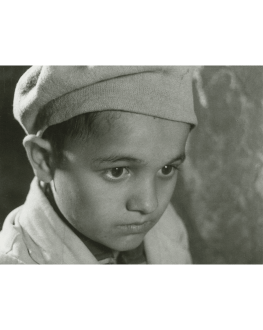