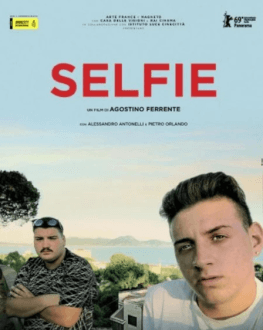 Alessandro and Pietro, two teenagers who share an enduring friendship, witness, with a mix of fear, resignation and tenderness, the different happenings in their native neighbourhood of Traiano, in Naples. Between acts of police brutality, the dominance of the Mafia — the main employer in the region — and issues specific to their age, they push onwards with resourcefulness and humour, but a sense of imminent danger lingers still scene after scene: at any time, either of them could easily be swayed to join the ranks of the criminals, or — on the contrary — of the victims. Director Agostino Ferrente gives voice to the two youths, or — better said — gives them images: shot entirely, in turns, on each of their phones, just like a selfie, the documentary takes shape with the emergence of the protagonists’ aesthetic conscience. Gradually, Alessandro and Pietro become used to being both subjects and creators and take the lead, hinting that they will do the same with their lives, despite all barriers. (by Liri Alienor Chapelan)