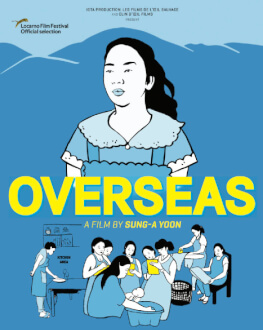 Intended not as an intricate investigation into modern slavery, to which many Filipino women who emigrate in order to work as servants fall victim, Yoon Sung-A’s documentary approaches the subject from a less trodden perspective. The film focuses on the preparations undergone by the candidates who predominantly seek jobs in the Middle East, during which the women live together and learn the basics of their new career, from serving meals to how they should react to a potential attempt of assault by their employers. Little by little, the women’s personalities begin to take shape, with each of their life-stories – unique, but at the same time similar to those of their colleagues – piecing together the sombre picture of the circumstances that many Filipino women find themselves in. (by Liri Alienor Chapelan)