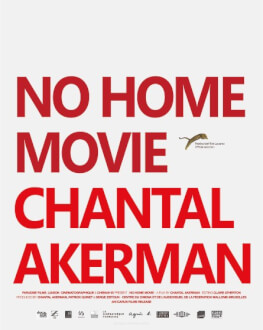 Chantal Akerman’s last film before her death in 2015, “No Home Movie,” marks a return to a number of themes and motifs important throughout her entire oeuvre. The autobiographical aspect of the documentary is at its most visible here, with the narrative centering on her relationship with her mother, Natalia, who is indirectly present in many other of her daughter’s films — the most memorable being “Jeanne Dielman, 23, quai du commerce, 1080 Bruxelles,”  where she serves as a prototype for the protagonist, or “News From Home,” through the letters read out by Chantal. At first glance, we might be inclined to read the film as a tribute to her mother, whose health deteriorates as the story progresses. And, of course, that Akerman’s insistence and curiosity with which she films her — either in secret, during her daily routine, or openly, during their long-distance Skype chats — are proof of her desire to preserve as much as possible the person of someone who is visibly drawing close to extinction. But, beyond our fascination with watching their candid interactions, full of everyday syncopes, we gradually become aware of another presence, that of absence itself, more and more distinct as the protagonist’s life force fades away. (by Andrei Rus)

The Club of Ugly Children