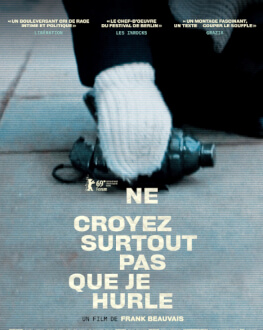 In 1928, Henry Ford resolved to destabilise the British supremacy over the exploitation of rubber and, in the heart of the Amazonian jungle, built a city which he intended to turn into the main production hub in the whole region. Not only the name given to this settlement, Fordlandia, but also its mere existence are the manifestations of a bout of megalomania that director Susana de Sousa Dias promotes to the role of symbol of neo-colonialism and the economic servitude under which Southern American countries have been and still are kept. Through a sequence of hypnotic images, combining in ideal proportion artistic flair and spirit of observation, the film articulates a bitter criticism against the arrogance of the white man for ever having considered that otherness is nothing but a repository to pick slaves from. But the derelict buildings, the empty streets, the way in which nature, tamed only briefly, is reclaiming its rights are proof of the illegitimacy of this idea, in a spectacle that is both ominous and exulting. (by Liri Alienor Chapelan)

In the world of cinema it is said that films are made of films, but Frank Beauvais takes this to a literal extreme: his documentary is a compilation of shots from 400 other movies, a film-loving map tracing out the route to depression and confusion. After a break-up, Beauvais finds himself in an existential crisis, with no job and in a worsening state of financial hardship, and takes refuge in Alsace, a small town in quasi-isolation from civilization, surrounded by nature and far from the clamor and conflicts of the capital. His reclusion is almost absolute, while his small country house becomes a shell for the director to retreat into a simple life, in which his daily routine involves no more than a few mundanities and, above all, many movies, day and night. But from this compulsive cinephilia there is no easy way out: he experiences all social events — the riots in Paris, the terrorist attacks, etc. — as though in a trance, contemplating them with concern, but remaining passive.

From various film excerpts, the voice-over breathlessly weaves together a diary, a chronicle of his months of isolation, melting together memories, anxieties and furtive moments of beauty. (by Andreea Chiper)