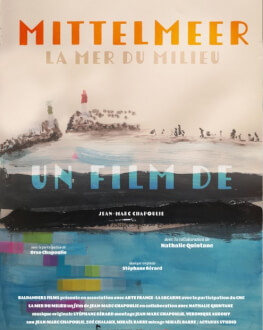 The whole world is concerned about the migrant crisis, but only few are able to find a unique way to weigh in on the issue in a cacophony of sensational news stories, opportunist stances, oversimplifications and populist propaganda. Director Jean-Marc Chapoulie and writer Nathalie Quintane manage to find a voice by relating the issue of illegal migration to another hot topic of our era: the spread of surveillance camera and the questions this raises, both in terms of control over the population, and of the ontology of moving images. Through anonymous internet footage, mostly long panoramic shots suddenly interrupted by a seemingly unexplainable zooms, the two travel from behind their computer screens all around the Mediterranean, showing us the mundane face of the “promised land” on whose shores so many people dream to land. The resorts, the scenery, the people captured during their daily activities are the same on both sides of the sea: despite what is being propagated by the most popular current political discourse, the breadth of the Mediterranean does not separate them, it brings them together. (by Liri Alienor Chapelan)