“A media voz” could translate to “a soft voice,” that space between normal tone of voice and whisper. Aside from the impossibility of a faithful translation, in this film made by two Cuban directors the temperate voice inflections become a musical score connecting the leitmotif of the exile with the theme of fear, absence and longing with the permanent wound of being uprooted. Their dialogue is both essay and journal, an intimate correspondence that unveils, one by one, memories of a sunlit childhood and stories of a new life, so that the entire film essentially becomes an attempt to catch up with lost time. From a shared dream, cinema is also broken in two, transposing into two distinct paths with their departure from native Cuba, where both journeys began and the source of all their disillusionment.

In the film, the essence of language lies in the lack of communication, in how all things left unsaid become a rhetoric of reunion, whose very core is the distance between Heidi and Patricia, the ineffable that fills the space between them. (by Andreea Chiper) 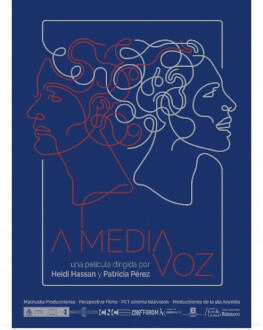