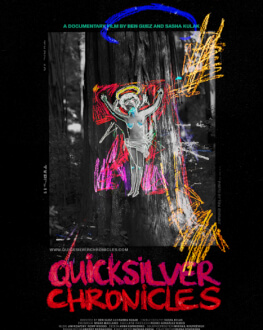 Following in the footsteps of such filmmakers as the Maysles brothers, co-directors Ben Guez and Sasha Kulak venture deep into the formerly industrialised rural America, in search of those still fostering the hopes and dreams of the ‘60s and ‘70s. Among them are Kate and Kemp Woods, who for decades have been living in the former mining settlement of New Idria, now no more than a ghost-town. Without even having to reminisce about the era, their garb, jargon and life philosophy embody the wind of  rebellion that swiped America during the popular protests against the war in Vietnam. Exuberantly at times, but bitterly at others, the two make us privy to their eccentric universe and gruelling routine, both under the threat of social — especially with Donald Trump’s ascent to power, which the documentary captures — and physical dissolution. With little ostentation or militancy, the film thus becomes and homage to all those like them, a way to look back not in anger, but with fondness and admiration. (by Liri Alienor Chapelan)