In Romania, Mr Lăzărescu dies again and again each day of the same cause: a system rotten from within. In the October 30, 2015, fire at the Colectiv music club, corruption killed 27 people at first. Then it slowly killed another 37. Without losing sight of the tragedy’s victims for a single frame, this exceptional thriller with an unprecedented festival trajectory follows the diagnosis of a diseased system step by step, though the story of a few stubborn journalists and of an alarmingly small number of people trying to reform the health system from within with honesty and empathy. For nearly three years, Alexander Nanau and his team constructed a narrative that is in equal parts gripping, devastating, and revolting. The rigorous observational style of the film leaves no doubt about the guilty complicity in which corruption breeds, as well as about the need for institutional transparency and for a press committed to its investigative role as a watchdog. (by Mona Nicoară) 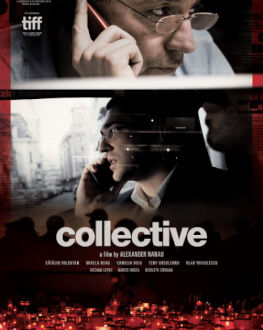