That Which Does Not Kill 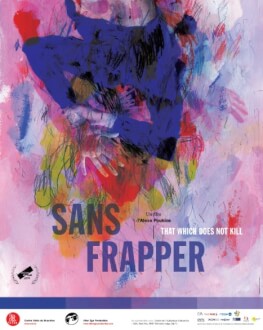 That Which Does Not Kill

Ada wrote about what she experienced at the age of 19, when she was raped three times by a man she knew, without fighting back. After having met Ada, Alexe Poukine realised that many of her friends had had similar experiences – rape was not necessarily what we commonly imagine.

But how could she speak about these experiences without exposing Ada and these people? How could she unfold all the different layers she perceived while talking to them?

Alexe suggested to her friends to interpret Ada’s text, allowing them the freedom to add whatever came to their minds about their own experiences. This proposal gave rise to their own reflection, to their own speech, in a safe space. They did it with great honesty, all the more so when it came to acknowledging that they might also have been in the rapist's shoes. With them, with her, we understand all the complexity people who experience rape have to cope with, and how boundaries can easily be overstepped. Alexe Poukine wishes us to reflect not only on the moment of the rape, but also on the society in which we live, as well as on denial - sometimes our own denial. (by Vanina Vignal)