A Rifle and a Bag

A young couple of ex-Naxalites (members of a Maoist political organisation fighting for the recognition of the legacy of India’s Communist Party) struggle to raise their six-year old son and the baby who is born at some point during the film, as the constraints of their cast come with a myriad of barriers and injustices. In various degrees, their social status impinges on their daily livelihoods, but especially on the possibility to secure a carefree future for their children. The three co-directors — Cristina Haneș, Isabella Rinaldi, Arya Rothe — capture with great regard and unintrusive curiousity the intimate life of this family and their encounters with various institutions, through which we discover their extremely regulated world, that the couple, nevertheless, challenge constantly with wonderful charm, without losing hope. (by Teona Galgoțiu) 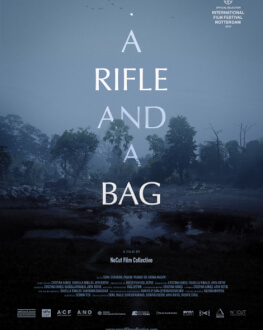