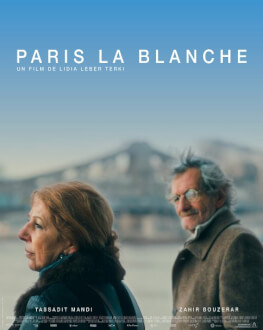 Synopsis: With no news from her husband, who left in the ‘70s to work in France, a middle-aged Rekia leaves her village and goes on a journey to Paris. She crosses Algeria and the Mediterranean Sea, gets lost in the alleys of the quarter of Pigalle, to finally find her dear Nura in the distant suburb of Paris in a hostel for retired migrant workers. But her hero, a veteran of the struggle for the liberation of Algeria, has become quite different, has become a stranger. (cineuropa.org)