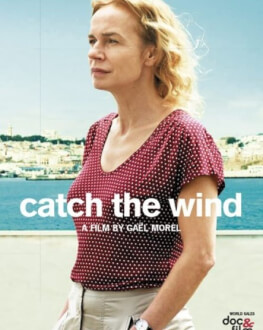 Synopsis: Edith (Sandrine Bonnaire – an important personality of the French cinema, four-time awarded at Cannes and Venice IFF), a 45-year-old textile factory worker, sees her life turned upside down by the company’s downsizing measures. Estranged from her son and without any other ties, rather than go into unemployment, she decides to leave her life behind and follow her work at the factory which has been relocated in Morocco.

Consequently, Edith crosses the Strait of Gibraltar and settles in Tangier, in a small guesthouse recommended by Nadia and run by Mina and Ali, a divorced woman and her son (Mouna Fettou and Kemal El Amri). In a city dotted with construction sites and dangerous for she who is quickly nicknamed “the French woman”, Edith discovers the exhausting reality of work and local customs, and embarks on unpleasant misadventures that lead to severe disillusionment, nonetheless looking to save face as the situation worsens progressively with her budding friendship with Mina and Ali… (Fabien Lemercier, cineuropa.org)