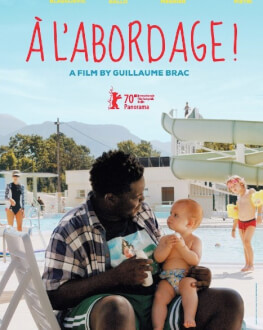 The film will be preceded by CineTalks, a discussion with Irina Margareta Nistor about the film, moderated by Andreea Pietroșel (30 minutes). Access to the site starting 5:30 PM. Wearing a face mask (medical or non-medical) during the entire event and using hand sanitizer upon arrival to the site are MANDATORY!

Synopsis: A warm summer evening in Paris; Félix meets Alma by chance. They laugh, dance and spend the night in a park. But their time together is cut short because she is about to go on holiday with her family. On an impulse, Félix decides to surprise her where she is holidaying and enrols a friend in the adventure. They carpool with a young man who gets tangled up in the undertaking. Nothing seems to go quite as planned.