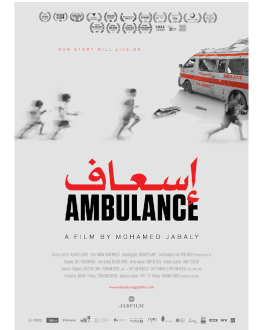 Over the course of five years, Palestinian director Mohamed Jabaly has been distant from his family and friends while living in the far north of Norway. Now the internet has become the only way to communicate with them, but it is difficult and challenging due to the situation in Gaza.

During the summer of 2014, Mohamed Jabaly joins an ambulance crew attempting to save those injured during the war in Gaza.