The Untold Story Of Euro Disco 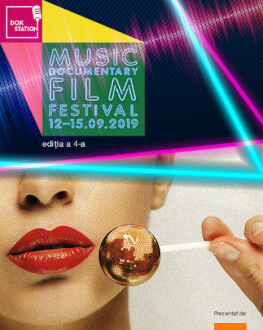 ENG: Although born in the US in the early ‘70s, it was in Europe where disco music developed in a feverish way. It took shape of pure, enjoyable and intoxicating music that travelled from Germany, France, and Italy to elsewhere in the world.

A new figure becomes the soul of the genre – the engineering producers and their synthesizer. They were the real composers and designers of unforgettable hits. In an exciting reviving one-off, the audience will get an overview of the context, the visionaries and the artists who made Euro disco eternal, such as Giorgio Moroder, Donna Summer and ABBA.

In ’The Untold Story of Euro Disco’, Olivier Monssens stressed how disco was first and foremost a European affair. Born in the recording studios in Munich, Stockholm, Paris, Brussels, Frankfurt or Milan thanks to the work of German, French or Italian arrangers, musicians and producers like Giorgio Moroder or Marc Cerrone, the disco was quickly exported, successfully, then across the Atlantic and around the world.