Memories from the community - Gheorgheni and Frumoasa 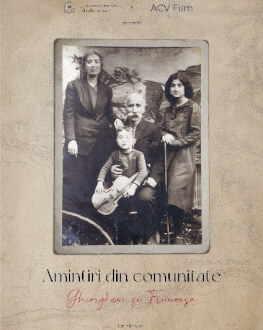 The story of the last Armenian man living in the village of Frumoasa. Now 100-year-old, he tells his thought-provoking story which makes us ponder on the passage of time and the sacrifices made by our ancestors. With tears in his eyes, the old man shares his impressive memories about his family and life, about war and times when people had different views on their future and different purposes. It looks like all these truths will get lost immediately after this old man will die. We also meet other people from the Armenian community in the village of Gheorgheni, and they seem determined to not let their ancestors be forgotten.