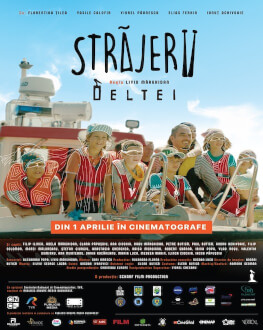 Several children spend their summer holiday in a camp in the Danube Delta. Their days are filled with adventures, as they learn how to survive in the wilderness. One day, while they clean the waters of plastic bottles, they discover two poachers fishing in the Delta with an electric device… Now the kids have a new mission!

A graduate of the Faculty of Geology of the University of Bucharest (class 1989-1994), where he is Cătălin Mitulescu’s colleague, they attend Cinemateca together, and also a film stage supported by Ioan Cărămăzan. He works as an image operator in television. He shoots videos directed by Petre Năstase. He is a graduate of the University of Theatre and Cinematography “I.L. Caragiale” (class 1998-2002).