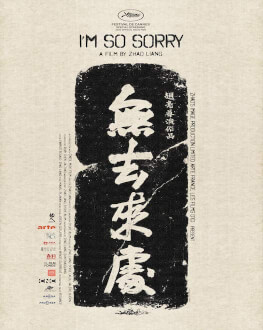 The documentary presents us with the complex situation of global warming in terms of humanity’s choices about nuclear power, considering the context of a contemporary high-advanced technology and totalitarianism. The film, visually futuristic yet close to cyberpunk science fiction, seeks to create a human allegory in the present. However, in the current context of the conflict in Ukraine, the documentary comes to present possible scenarios and repercussions of catastrophic situations that nobody wants to repeat.

Zhao Liang was born in Liaoning, China in 1971. He graduated from Luxun Academy of Fine Arts in 1992. Based in Beijing since 1993, he has been working as an independent documentary filmmaker as well as an artist in photography and video art. His films BEHEMOTH (2015), PETITION (2009), CRIME AND PUNISHMENT (2007), TOGETHER (2011) and PAPER AIRPLANE (2001) have been selected and screened in Cannes, Venice, Berlin and other prestigious film festivals worldwide.