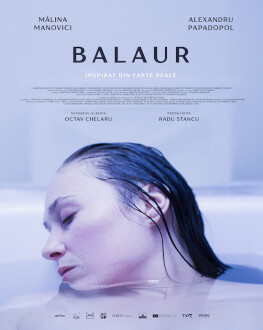 Ecaterina, a high school Religion teacher and wife of the town priest, gets involved with Iuliu, a 16 year-old pupil with a troubled past. Inspired by true events, A Higher Law follows Ecaterina’s story who, in the attempt of keeping under control both Iuliu and her family, she ends up losing her own sense of control in the process. As she faces a genuine crisis of faith, Iuliu’s infatuation turns increasingly dangerous when he starts confessing his sins to the priest.

Octav Chelaru started making amateur films when he was 14 years old, using his relatives and classmates as actors. After being rejected by the film school, Octav started to be self-taught. While he was studying Computer Science in college, he directed music videos and commercials, produced short films for other directors and was involved as an assistant director for various projects.

His last two shorts, The Parallel State (2020) and Black clothes (2017), both premiered at Locarno in Pardi di Domani competition. From the previous shorts, we mention Private Party (2017) which premiered at Les Arcs and Occupied (2015), which was the winner at the Timishort IFF.